This is my third card as a DT for Imagine That Digi Stamps.  It features a fun image and sentiments from a set named, appropriately, "Airplanes."
You can find it HERE. Plus, designer/owner of Imagine That, Kris Breach, provides her DTs with a coupon code that allows any friends a discount on their next digi order. If you stop by the shop I know that you'll find lots of digis that you'll want to add to your collection.
I made a Z-fold card [tutorial is HERE] but because I wanted to make the sentiment look like it was suspended in the air I made the smaller z-fold out of acetate. I colored and fussy-cut the airplane. I also cut out the birthday banner and adhered it to a few layers of cardstock to add some contrast and also some support and set them both aside. I then attached the cloud background paper, leaving the edges free until later, then determined where I wanted to place the plane onto the card. After deciding this, I lifted the edge of the cloud paper and slid the long end of the acetate "brace" under it, and adhered the end with tape.  [You can see this in one of the photos.] I then taped the other end of the acetate in place on the inside of the card. [If desired, cut a slit into the cloud paper, slide the acetate in and tape it to the card, thus hiding the tape from view. When the acetate is in place, tape the plane to the card front. Attach string or cord to the plane's tailfin and pull them across to the acetate. Tape them down where the tape won't show under the banner. Then tape the banner atop them.  I made a bow with the cord and glued it onto the back of the plane, but it was a little tedious. So I might skip it next time.] 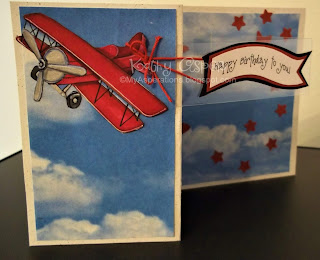 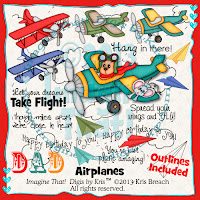 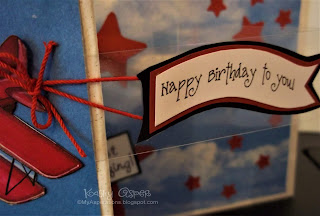 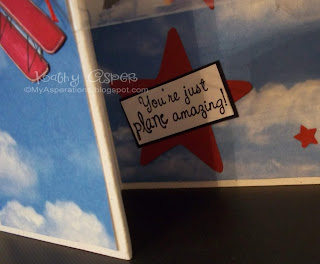 My next two cards are really simple. For a masculine birthday card, I printed off a wonderful freebie sentiment from Handmade by Paula. You can find it HERE. I framed the image with a few scraps of cardstock, added a strip of patterned paper to the front of the A2 card, and cut a tag from a nice strip of textured cardstock. Before attaching it to the card, I used some cord to attach an antique wooden button from my mom's button jar to the tag. A few strips of adhesive and the card was DONE. Fast and pretty neat. 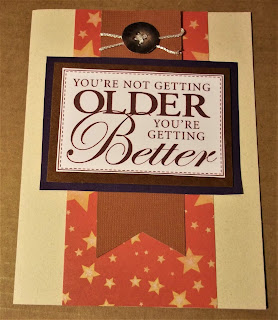 This card also went together very quickly. I started with an A2 card base, a bit of background paper that resembles a pineapple, some kraft photo corners and a nice tag that I picked up at an end of summer clearance at Hobby Lobby last year. I swapped out the white string that was on the fun tag with some thick green thread to add some color and texture. The sentiment is the digi sent named "Just a Thought" from We are Three. You can find it HERE. 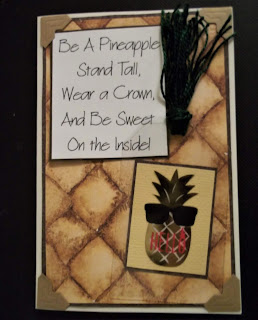 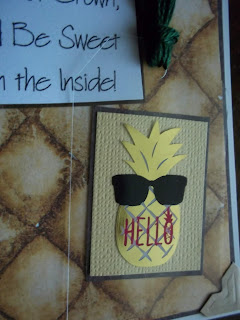 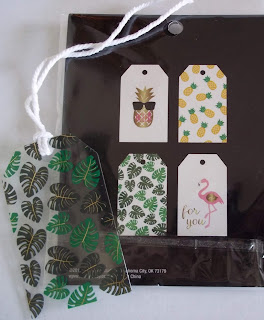 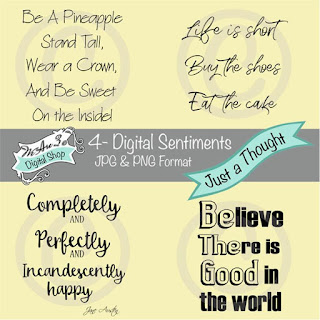