I can't believe my three months as a Guest Designer for Beccy's Place is almost over. I have enjoyed working with Beccy and her team. And, since it was such a positive experience, I sought other DT opportunities, which I am also enjoying. So… I can't thank Beccy enough [plus, I was able to add several more amazing digi sets to my collection. I love Beccy's variety of images and the quality are excellent!]

Okay, before I get teary eyed- allow me to share my final Guest DT cards, using the just released digi set named "Azaleas."  [To see cards created by Beccy and other DTs, stop on by https://beccysplace.blogspot.com] As usual, this set includes not just an image but also several sentiments. I googled Azaleas when working on the coloring of my cards. I used Spectrum Noir markers and white gel pen for highlights. One reason that I love working with digi images is because you can enlarge or reduce the images. For one of my cards I used the entire image, for the other, I enlarged just a few of the blooms to really be able to highlight their delicate beauty. You can find the set at the amazingly low price of $4.38 [USD] at http://beccysplace.com/azaleas-digital-stamps 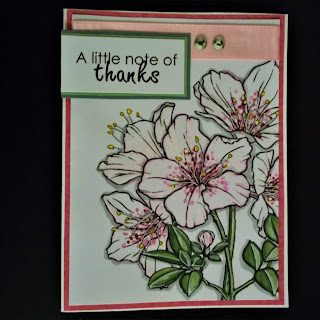 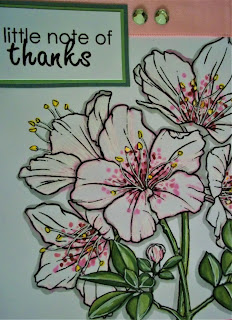 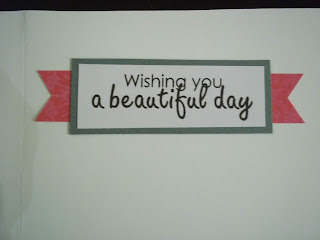 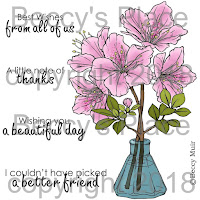 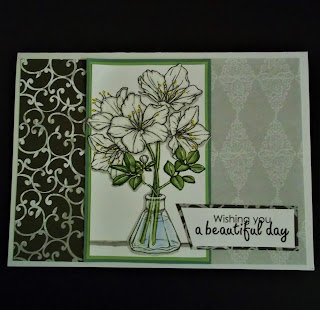 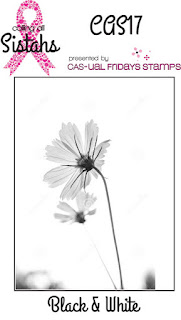 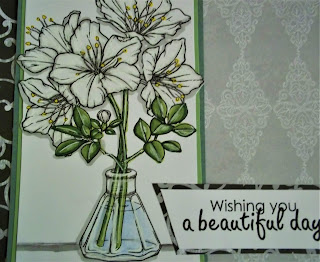 My final entry for the Simon Says Monday Challenge "It's a Wrap" is a wrap for a coffee cup. I created it by upcycling a cardboard coffee wrap from Panera.  I carefully tore the wrap at the seam, turned it inside out and retaped it.  Then, I cut a paper napkin ring that had a large leaf in the middle into two strips and taped them to the coffee wrap. Wrapped a strip of paper ribbon around the cardboard and taped it under the large leaf. [Have had this stuff since the early 90's. Was fun to put it to use.] Fussy-cut some colorful fall leaves that I slipped behind the large leaf and finished it off with a freebie sentiment [from winkwinkink.com] 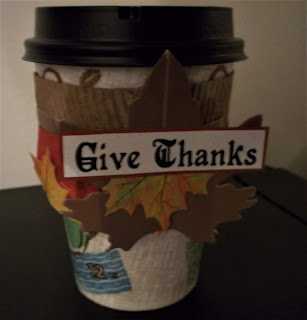 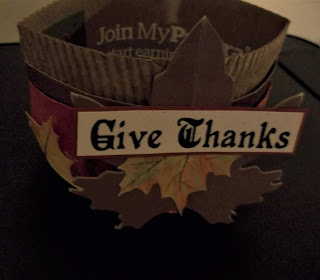 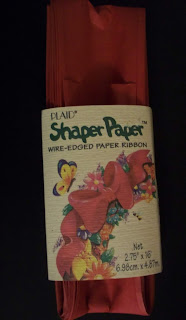 My final card this posting is a shape card that was inspired by a card I saw on Pinterest. Since the original was made with a Silhouette using a cut-file, it took a while to figure out how to make it. I used a color scheme for the fur so that I could enter it into the current If you Give a Crafter a Cookie challenge. And… when I was finished, I decided to add a pumpkin, so that I can enter the card into the current Power Poppy Creative Confetti Challenge named "Pumpkin Spice."  The sentiment is computer generated using a fun font named Bertha. 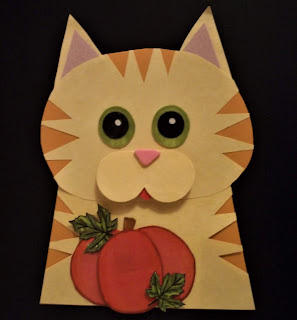 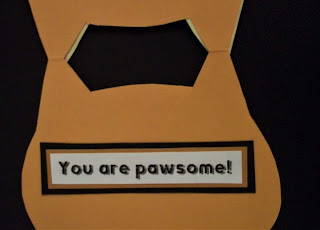 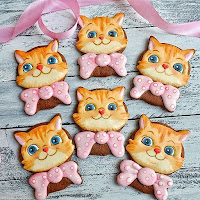 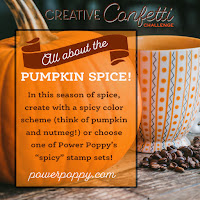 Entered into:
If You Give a Crafter a Cookie- #103 Kitten            (giveacrafteracookie.blogspot.com)
Power Poppy- Creative Confetti- Pumpkin Spice  (powerpoppy.blogspot.com/2018/09/bring-on-pumpkin-spice.html)
Posted by KathyA. at 12:44 AM