Another card for Simon Says Monday’s challenge. Was fun to uncover several never used nautical stamps in my stash. Entering it in a Fun in the Sun challenge, too. As sailing is a great way to enjoy some sun and sea! 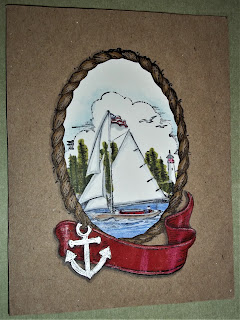 Entered into:
Simon Says Monday Challenge- Nautical
(simonsaysstampblog.com/mondaychallenge)
Cute Card Thursday- Fun In The Sun
(cutecardthursday.blogspot.com)
Since I decked out Eunice in purple and orange for in my last post, her sidekick, Cliff asked if he could be similarly attired. (I do love these two Art Impression characters!) You might notice that the sentiment bears one of Eunice’s too-large earrings from my last post. I also tucked a jack ' lantern- an old Azadi Earles wood mount stamp- under Cliff's arm (covering the birthday gift.) I let him keep his party hat, but added a little dangling spider, in honor of the season, doncha know? I am entering this card into the Art Impressions Challenge and also the current Poppy Power challenge that requires the use of stamps from different sets used together on one card. These are both single stamps, but from different companies, so am hoping they qualify. 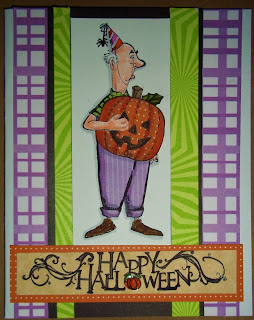 Another white on white card, this one holds one of my favorite sentiments about snowflakes. Cut two embossed panels and adhered them to the front of a gate fold card. Hand cut the large snowflake, and mounted it onto vellum for stability. It is going to be sent to a dear friend who loves Christmas as much as I do. She recently posted, “Only 130 days left until Christmas” on FaceBook. So, I know that she will appreciate it, and will be especially touched by the wonderful message that it holds inside! 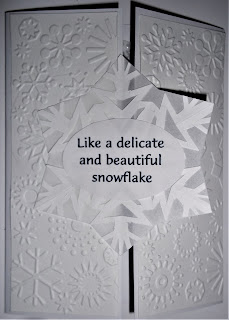 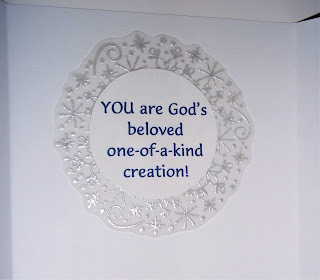 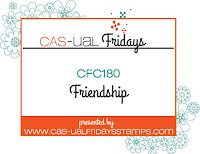 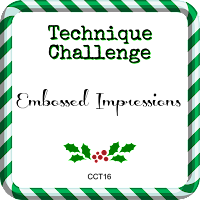