I am so honored to serve as a DT/Contributor for several challenges and companies. So I apologize that I am late posting a few of the cards below that were made for challenges in which I’m a DT. I DO have a valid reason! Earlier this week I felt “odd” (extremely tired, with mild dizziness.) I thought it was related to allergies. Then, on Wednesday, the dizziness increased drastically, making it hard to stand. My hubby took my BP and it was 220/121 so off to ER we went. Four hours and blood work, Xrays, a CAT scan,  IV potassium, and nitroglycerin later my BP was down... but the tests showed just a few minor issues. So I was told to schedule a follow-up with my doctor the next day. I did that and some adjustments were made in my meds. I am feeling better but it will take a few weeks to see if this keeps my BP at healthy levels. My doctor also said it should work on reducing my stress level and my weight. Both are difficult to do when confined to home… and… when I speak the same language as ice cream. (Yikes! I can hear it calling to me right now!)

This first DT card is for the Friday Colour Crazy Challenge. This challenge is an “Anything Goes” but it adds a requirement- the creation needs to include coloring in “any colouring medium you like, onto any project you like, and in any colours you like.” I’ve never outgrown my love for coloring… which is why making cards is stress therapy for me!!
I loved creating my DT card with a heartwarming digi and little band-aid sentiment from an Oddball Art digi set named Get Well Soon Sally. I colored Sally with Spectrum Noir markers and a Sakura Gelly Roll white gel pen, then tucked her in under a quilt made with patterned color blocks I upcycled from the cover of a 6x6 paper pad. (I did cut them apart and rearrange them so that there was no text included.) Scraps of ribbon and lace, plus a cute little teddy bear sticker, finish off the card front.  The little band-aid sentiment on the inside is also from the digi set and the puffy heart sticker is added ‘just because!” 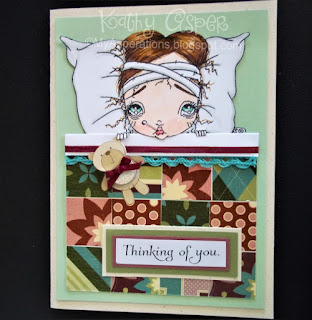 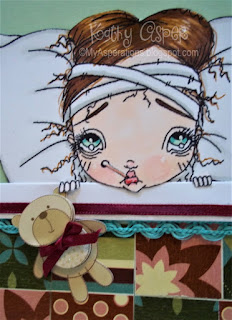 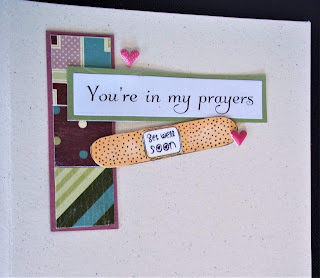 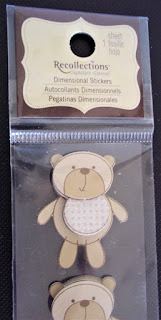 My next DT card was created with a Sheepski Designs digi named “Giant Mushroom.” I’m excited to tell you that Sheepski Designs owner/artist, Andrea Norris, is giving this digi away (yep, FREE!) to everyone over in the @Kit and Clowder Colouring Group (for one week-starting yesterday, June 5!) ! To claim yours, just head to the FB freebie post HERE.  Plus, during this event,  you can all receive up to 25% off all stamps at Sheepski Designs digis HERE.  SO fun!
Now… a few details about my card. After coloring the sweet digi, I used decorative chalks, a makeup sponge and a stencil cut from a paper scrap to make the wispy clouds. I used a white eraser to remove any blue chalk from the Gnome couple (I love how you can easily erase most chalk colors, especially if you use a light hand when applying them.) I added a party feel to the scene with balloons created from scraps of a plastic document folders. (These wonderful items come in a pack of assorted colors and can be found in the office supply section of most stores, including Dollar Stores and Amazon.) I really like using them on my cards because they're cheaper than colored vellum and are more translucent.  You can use punches or dies with the folders, but they occasionally require a little trimming since the plastic can shred a bit on the edges.  (I used a balloon punch to make these colorful balloons.) Scrapbook stencils also work. Just trace the shapes with a fine-line permanent marker then fussy-cut them with a nice, sharp pair of scissors.  The front sentiment is from an Imagine That! digi set and the inside sentiment is computer generated, reflecting my odd sense of humor! Also, the clouds on the inside were a happy mistake. After I chalked them onto the card, I realized I’d accidentally added them to the inside of the card instead of the front. If I flipped the card they’d be upside down. I was going to erase them, but instead decided to just extend the cloudy sky scene to the inside of the card, complete with a few wayward balloons! I love it when mistakes are so easily fixable! 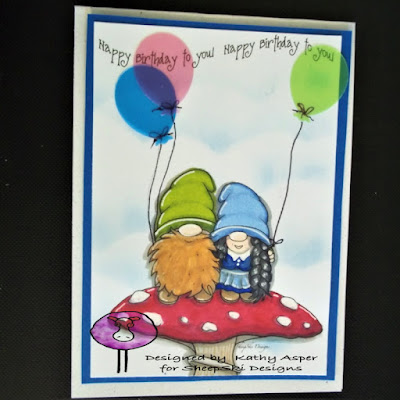 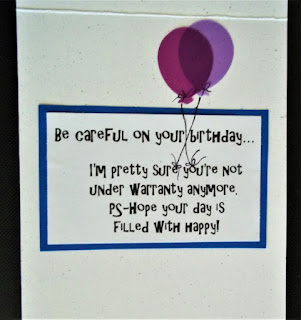 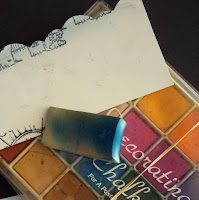 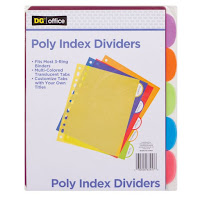 My final card features a collaborative work of art, created with one of my favorite artist/designers, Beccy Muir. Some of the first digis I ever used were from Beccy’s Place, which I stumbled upon back in 2017. (Actually, a Beccy’s freebie appears on one of my first blog posts HERE) Since then I’ve added dozens of Beccy’s wonderful digital sets to my collection, many of her freebies (she has 223 available!), and since I love to use fancy folds on my cards, I enjoy the Card Fold Tutorials section of her blog (currently she provides 116 tutorials with dozens more planned!)  Whew! You just need to stop by Beccy’s Place to see for yourself what a gold mine of inspiration is there!
Okay, not on to card details. I am honored to have served as a Guest Designer for Beccy and now one of her “Contributors” which means that Beccy provides me with digis or clear stamp sets four times a year and I get to create an assortment of cards or other items with them. It is always fun to see what items she will invite me to use.  Recently I received a package with a Beccy’s Place clear stamp set and I was thrilled to see a card from Beccy herself tucked inside. It featured images from a set named “Feathered Nest.” I thought the card was created with a colored digi, so did what I usually do after I receive a beautiful card from a friend. I first display and enjoy it for a bit, then upcycle it.  When I upcycle a card, I always make a few changes or additions to the card with coloring, embellies, sentiments, etc. In this case I swapped out the sentiment and added some coloring additions to the card; a bit of shading with alcohol markers and highlights (with my beloved white gel pen).
Since I often add shading and highlights to pre-colored images so I wanted to share this example on my blog since I was thinking that people that often use pre-colored images might like this idea. I also added a vellum frame with an oval die-cut to draw attention to that lovely momma bird!
Since the card was from Beccy, I asked her permission to share it on my blog, along with the explanation above. When I learned that the image was not a pre-colored image, but was actually a stamped image watercolored by Beccy, I was appalled. I would never intentionally color on top of another persons’ hand-painted art! That felt wrong to me. When I apologized to Beccy, her reaction shows why I so enjoy working with her.
Beccy was not offended. Instead, she responded, “I love the idea that we’ve both done some work on it... a bit like a collaboration!”  With those few words, she turned something I felt bad about into a collaboration. She really is one of the kindest and sweetest people I know. 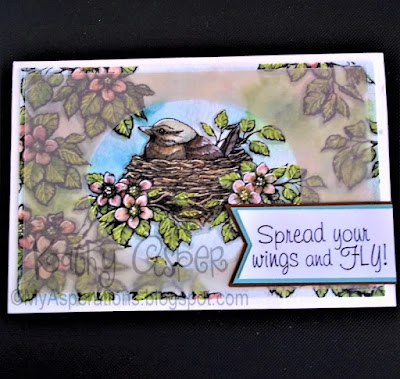 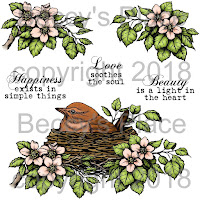 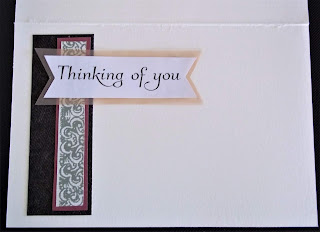