This cute little bat is named Nim. [um… did I just call a bat cute?] He's a freebie, called a creepy, from a site named Useless Trinkets  [uselesstrinkets.wordpress.com/freebies/creepies]
The inside sentiment is from the same site. Nim is mounted atop a penny slider, so he spins happily as he moves down the card. [Instructions-newtonsnookblog.com/2013/10/penny-slider-card-tutorial.html. (I provided a close-up pic so you can see that he is actually quite fluffy, and provided a second photo where you can see the curved path that he follows and also that he landed heads down on the bottom of the slider. The little guy really likes to spin!) The "Eeek" background on the front of the card was created with a freebie sentiment from TLC Creations (createwithtlc.blogspot.com) 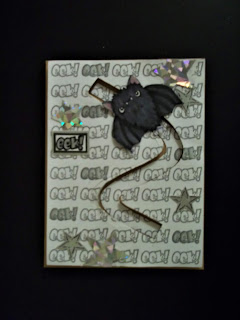 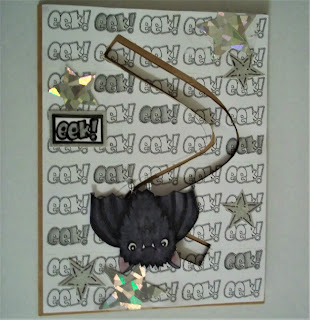 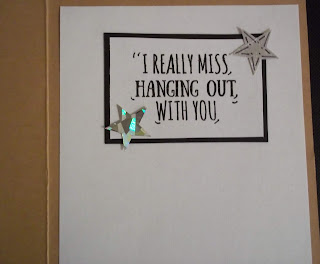 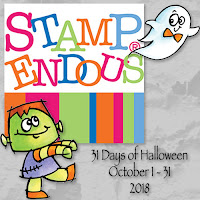 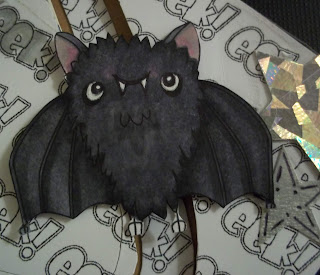 I've had a package of Barbie stickers for some time and decided to use one for the current Cutie Pie challenge titled "Going Girly." I fussy-cut around the sticker and attached her to a piece of patterned paper. The assorted snowflake stickers are from my stash and the sentiment is from Lili of the Valley sentiment digi set named "Christmas Wishes."  I provided a close up to show that there is also bling. Because Barbie likes bling. 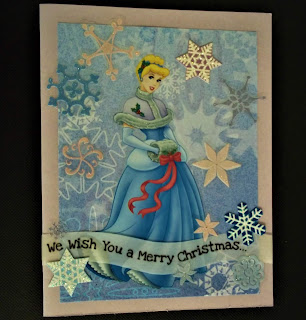 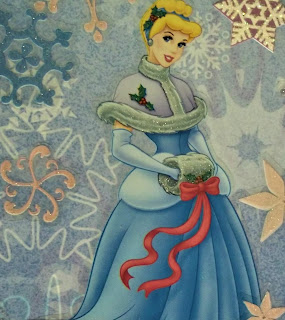 When looking for the Barbie stickers, I found this package of cute bears and knew that I had to put them to use. The current Simon Says Wednesday Challenge is "Anything But A Card" so I raided our snack cupboard and found a bag of mini-teddies. Used a sentiment from Eureka Stamps named "Beary Special" [find it here www.stamponit.net] for the treat topper that I attached with double stick tape. Fast… and yummy. 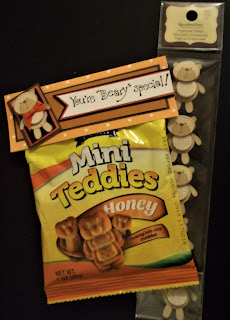 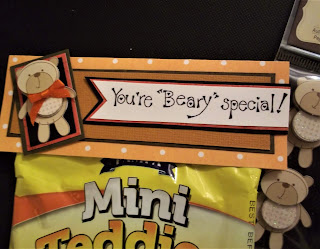 Entered into:
Simon Says Wednesday Challenge- Anything But A Card        (simonsaysstampblog.com/wednesdaychallenge)

For my final card in this posting, I made a Tri-fold shutter card (tutorial can be found here- qbeesquest.blogspot.com/2013/05/secret-garden-tri-fold-shutter-card.html) for the Butterfly Challenge that focuses on the Letter B.  My card features a cute little Precious Moment patch [with instructions for attaching it to fabric on the back of the card] plus Colors- Baby blue [butterfly] and Buff [baby's skin] and Themes- Bow, Borders [pink edging on the paper] and Butterflies [four tiny ones that I fussy-cut from scrapbook paper.]  The sentiments are computer generated. 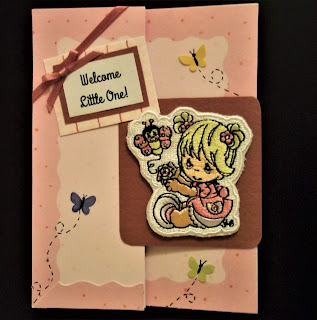 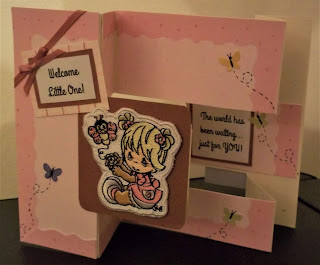 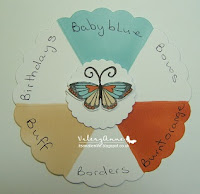 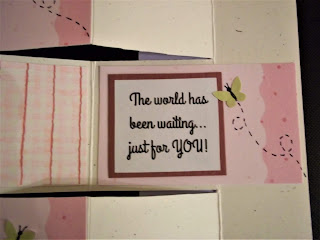 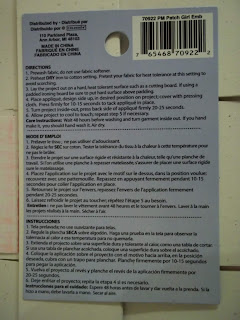